DOVER — By a 6-1 majority, Dover City Council voted in favor of putting $6,000 toward an economic inclusion study during Monday night’s meeting. Councilman Adam Perza was the lone ‘no’ vote. 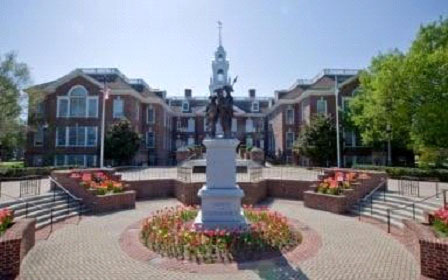 Clay Hammond, Delmarva Black Chamber of Commerce chairman, requested the study because he feels there are areas of the city where African-Americans are suffering — especially on Kirkwood, Queen and New streets — and the city’s economic policies aren’t doing enough to address those issues.

William Neaton, city economic development director, said his office has been working with many local organizations, including the Young Women’s Christian Association (YWCA), NCALL, United Way and Dover Interfaith Mission for Housing to help the needs of Dover’s underprivileged. He also pointed to a $90,000 Wells Fargo planning grant that will look at land use, home ownership, crime and community safety in the downtown area as a step in the right direction.

Mr. Hammond acknowledged efforts have been made, but he would like to see a study done targeting African-Americans specifically. Before voting in favor of funding the study, Councilman Timothy Slavin said doing nothing at this point was not really an option.

“I believe this will be an important piece of information to help us and we have a trusted partner in DSU,” he said.

Dr. Michael H. Casson Jr. of Delaware State University and several of his graduate students will complete the study. Dr. Casson has a number of roles at the university, including University Center for Economic Development and International Trade director, School of Graduate Studies and Research dean, and associate professor of economics.

As part of the approved demolition, Scott Koenig, city manager, was authorized to earmark up to $80,000 to be put towards future capital improvements after a needs assessment is accomplished.
Mr. Lynn was pleased with the idea of the funds being put aside for the park, but was uncomfortable doing so without any concrete plans to how the money would be spent.

“The demolition is a disservice to my constituents,” said Mr. Lynn, adding that he believed the eastern side of Dover is not being well-served by the Dover Parks and Recreation Department.

The Legislative, Finance and Administrative Committee voted 4-1 in favor of Mayor Carleton E. Carey getting a new car at Monday’s meeting. Mr. Slavin, a committee member, voted against the measure.

Before voting in favor of the vehicle change, Councilman William Hare, committee member, was assured by the chief that making the move would save the city money and wasn’t simply for image.

“I’ve gotten some calls about this,” he said.

The funding for this purchase would come out of the police department’s Fiscal Year 2014 Capital Improvement Projects.

Staff writer Chris Flood can be reached at 741-8230 or cflood@newszap.com.